The power of the agent to bind the principal is usually legally referred to as an authority. Agency created via an agreement may be a form of implied authority, such as when a person gives their credit card to a close relative, the cardholder may be required to pay for purchases made by the relative with their credit card.

Many states employ the equal dignity rule whereby the agency agreement must be in writing if the later agreement would also necessarily be written, such as a contract to buy thousands of dollars worth of goods.

Manufacturers and suppliers of goods frequently appoint agents to act on their behalf in promoting sales, both in the home country of the manufacturer as well as overseas. A formal agreement is usually signed setting out the commission the agent will receive, the territory, duration and other terms on which the principal and agent will do business together.

An agent should be distinguished from a distributor – in commercial parlance, a distributor will buy stock from the supplier or principal and then sell it on to his customers at a mark-up, whereas an agent will find customers for the principal who then sells direct to the customers and pays commission to the agent. 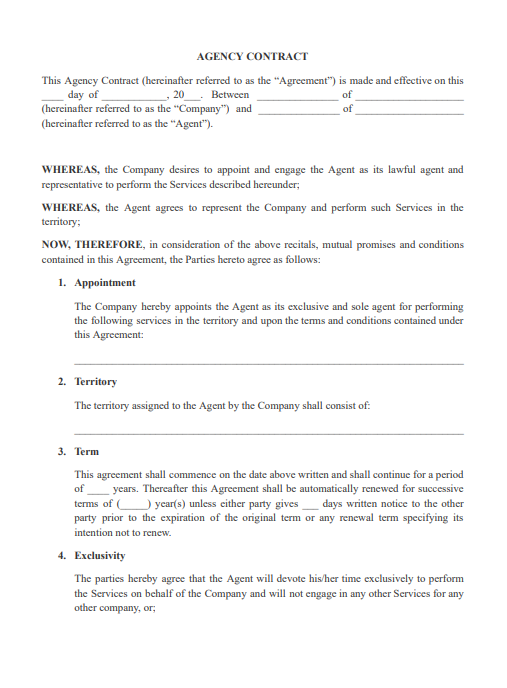