This Final Judgment of Divorce is prepared for a Judge’s signature in a divorce case. This legal document sets out the findings in the case and that the divorce should be finalized. It also contains provisions regarding the Settlement Agreement between the parties.

What is a final decree?

A final decree is, literally, the last word in a court case. The decree discusses the outcome of the case along with any terms and conditions and indicates that there is no need for additional litigation. Once signed by the judge and the court clerk, the final decree can be filed, and serves as the record that the case is over and cannot be brought back to court. There may be cases in which people require copies of this decree, in which case they can request them from the clerk of the court.

The context in which many people are familiar with the idea of the final decree is a divorce. Even if people have not experienced divorce, they may have heard people talking about final and interlocutory decrees.

In a divorce, it is common for an intermediary decision to be issued first, giving the couple a chance to reconcile. When it is evident that this will not occur the judge issues a final decree closing the divorce proceedings and dissolving the marriage.

In the case of a divorce final decree, the document discusses issues agreed upon during the proceedings such as

This creates a legally binding agreement which the partners are expected to abide by. Although they may renegotiate the terms to address changing living circumstances and other issues which can arise. It is important to read the decree carefully to confirm but it accurately represents the agreements made, with the judge usually providing a draft copy for people to review before finalizing the document. 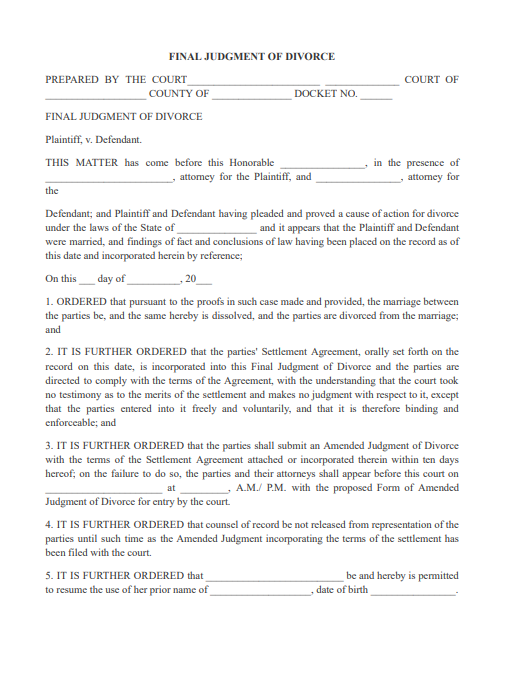