A non-compete agreement is a contract in which an entity agrees not to enter into competition with another party. It is also known as a “restrictive covenant”.

In contract law, a non-compete clause (often NCC), or covenant not to compete (CNC), is a clause under which one party (usually an employee) agrees not to enter into or start a similar profession or trade in competition against another party (usually the employer). Some courts refer to these as “restrictive covenants.”

As a contract provision, a CNC is bound by traditional contract requirements including the consideration doctrine. The use of such clauses is premised on the possibility that upon their termination or resignation, an employee might begin working for a competitor or starting a business, and gain competitive advantage by exploiting confidential information about their former employer’s operations or trade secrets, or sensitive information such as customer/client lists, business practices, upcoming products, and marketing plans.

However, an over-broad CNC may prevent an employee from working elsewhere at all. English common law originally held any such constraint to be unenforceable under the public policy doctrine. Contemporary case law permits exceptions, but generally will only enforce CNCs to the extent necessary to protect the employer. Most jurisdictions in which such contracts have been examined by the courts have deemed CNCs to be legally binding so long as the clause contains reasonable limitations as to the geographical area and time period in which an employee of a company may not compete.

The extent to which non-compete clauses are legally allowed varies per jurisdiction. Some jurisdictions, such as the state of California in the US, invalidate non-compete-clauses for all but equity stakeholders in businesses. 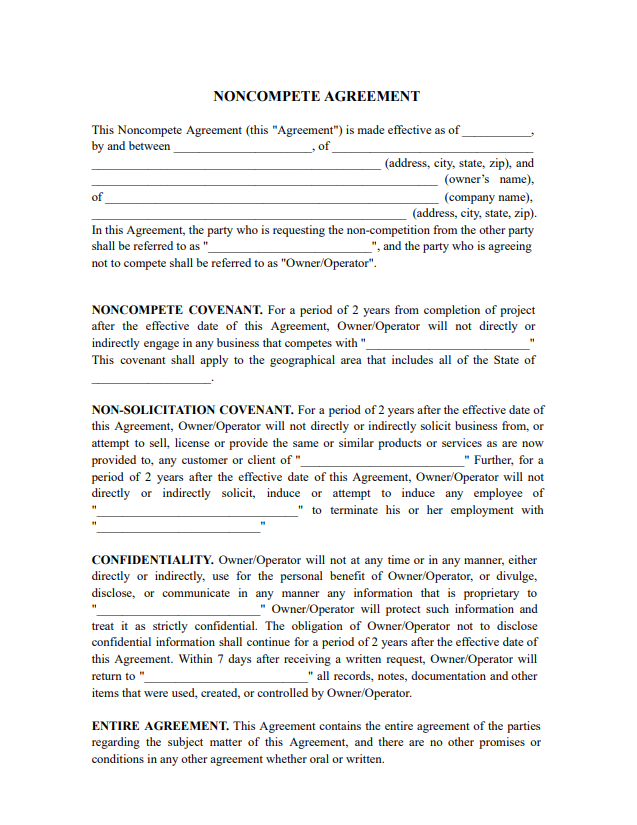