A prenuptial agreement, antenuptial agreement, or premarital agreement, commonly abbreviated to prenup or prenupt, is a contract entered into prior to marriage, civil union or any other agreement prior to the main agreement by the people intending to marry or contract with each other. The content of a prenuptial agreement can vary widely, but commonly includes provisions for division of property and spousal support in the event of divorce or breakup of marriage. They may also include terms for the forfeiture of assets as a result of divorce on the grounds of adultery; further conditions of guardianship may be included as well. It should not be confused with the historic marriage settlement which was concerned not primarily with the effects of divorce but with the establishment and maintaining of dynastic families. 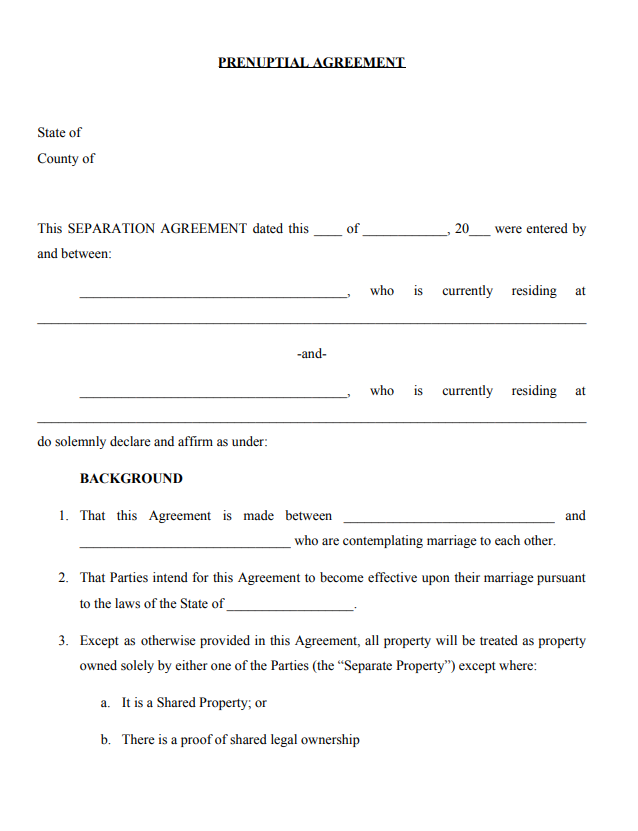