Skip to content
This Invoice is used when billing another for goods or services received. This invoice sets out the name of the company, invoice number, tax ID number, to whom the invoice is being sent and invoice amount.
CREATE FORM

An invoice has the following parts:

When should I Invoice?

Are Invoices and Sales Receipts the same thing?

What’s the difference between A Sales Invoice and a Supplier or Purchase Invoice?

Is an Invoice legally binding? 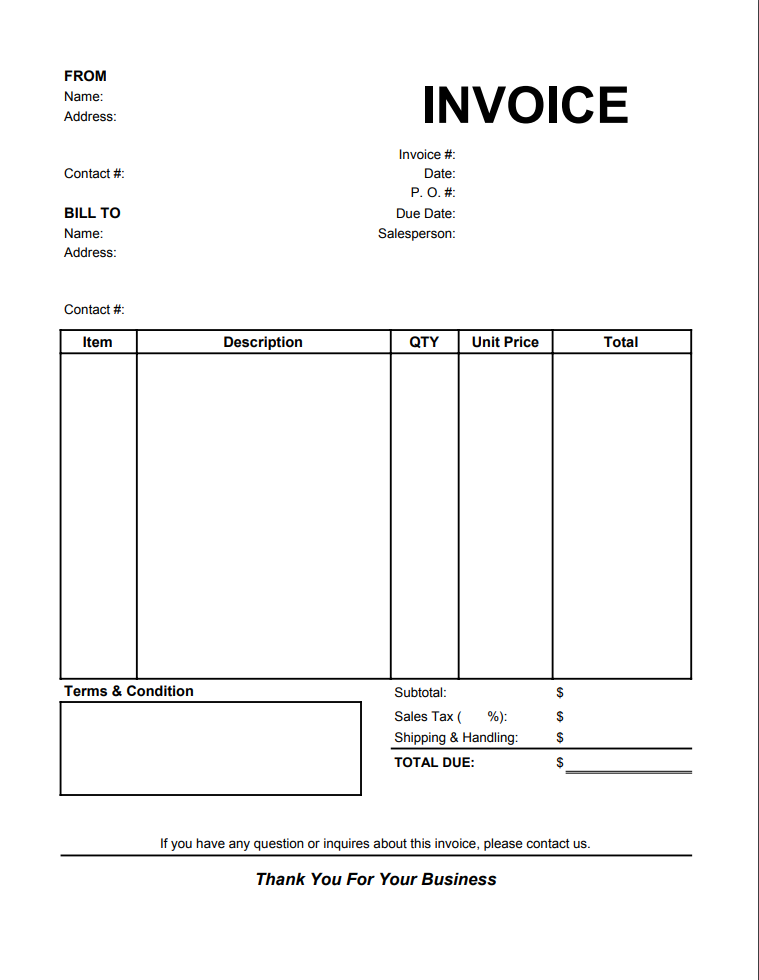