This Retirement Announcement Letter is from a company to an employee who has reached the age of retirement. This letter sets forth the number of years the employee has worked for the company and the company’s appreciation for the employee’s dedication.

Some tips on writing letters in various different contexts.

There’s then there’s going to be

You’ll know what they are. Make sure you put them all in your retirement letter. 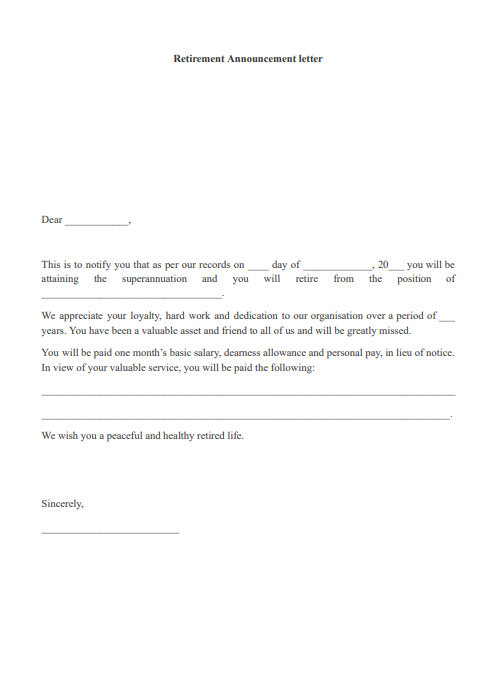